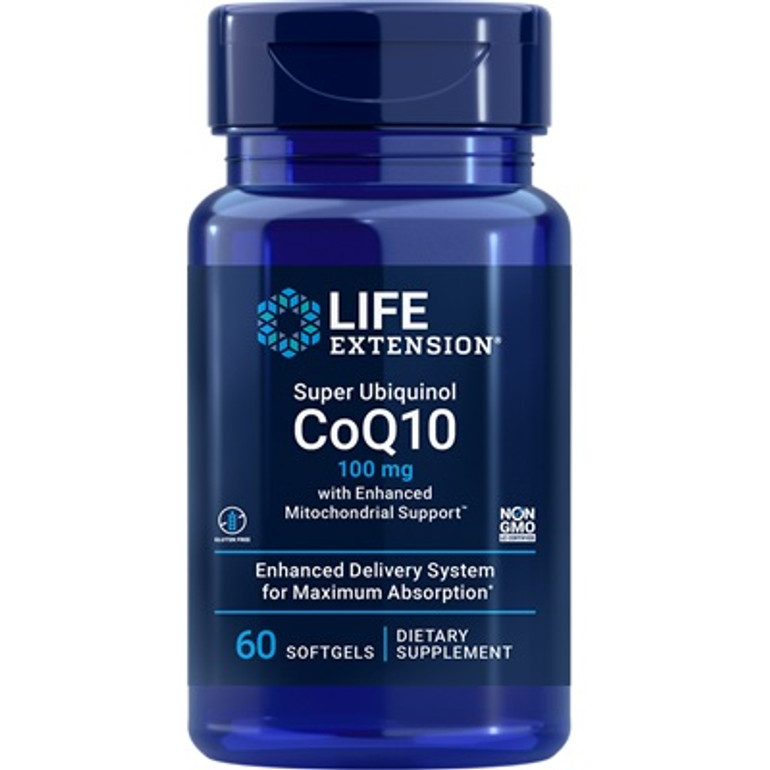 The mitochondria are the cells’ energy powerhouses, and coenzyme Q10 (CoQ10) is an essential component of healthy mitochondrial function.46 CoQ10 is required to convert the energy from fats and sugars into usable cellular energy. Yet, the body’s production of CoQ10 declines significantly with advancing age.47 With an ample amount of CoQ10, mitochondria can work most efficiently throughout the entire body — including the most densely populated area, the heart.48 CoQ10 is also a potent antioxidant, helping protect proteins, and DNA of mitochondria from oxidation and supporting mitochondrial function.46

More people are supplementing with CoQ10 than ever before. One reason is increased awareness that “statin” drugs used to lower LDL and cholesterol deplete CoQ10 levels in the blood, and possibly the tissues.49,50

What most doctors don’t know, however, is that normal aging may result in more of a reduction in CoQ10 than taking statins. For example, while statin drugs have been shown to reduce plasma CoQ10 by nearly 40%,51 the aging process reduces CoQ10 levels in the heart muscle wall by72%.52 What is particularly frightening is the deficit caused by the dual effects of aging53 and statin drug use that can result in severe depletion of cellular vitality.51

CoQ10 is notoriously difficult to absorb. When it comes to choosing a CoQ10 supplement, the primary factor is how many swallowed milligrams actually make it into your bloodstream. A recent study showed that in seriously ill patients, conventional ubiquinone CoQ10 was hardly detectable in the blood whereas ubiquinol resulted in significant blood level increases and subsequent clinical improvements.

This formulation contains an ingredient called PrimaVie® shilajit that research shows doubleslevels of CoQ10 in mitochondria.56

Shilajit has been shown to help restore and sustain cellular energy. The latest studies reveal that when shilajit is combined with CoQ10, cellular energy gains substantially increase.

Researchers have found that shilajit works to boost CoQ10’s beneficial effects by:

Scientific analysis shows that shilajit itself is rich in essential compounds that promote mitochondrial metabolism. Part of shilajit’s beneficial effects derive from its ability to help the mitochondria convert fats and sugars into adenosine triphosphate, or ATP, the main source of cellular energy.60-65

Take one softgel daily with food, or as recommended by a healthcare practitioner. 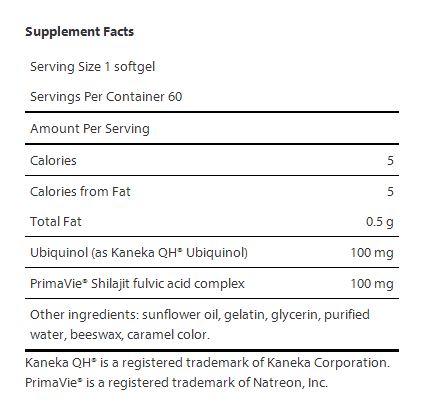