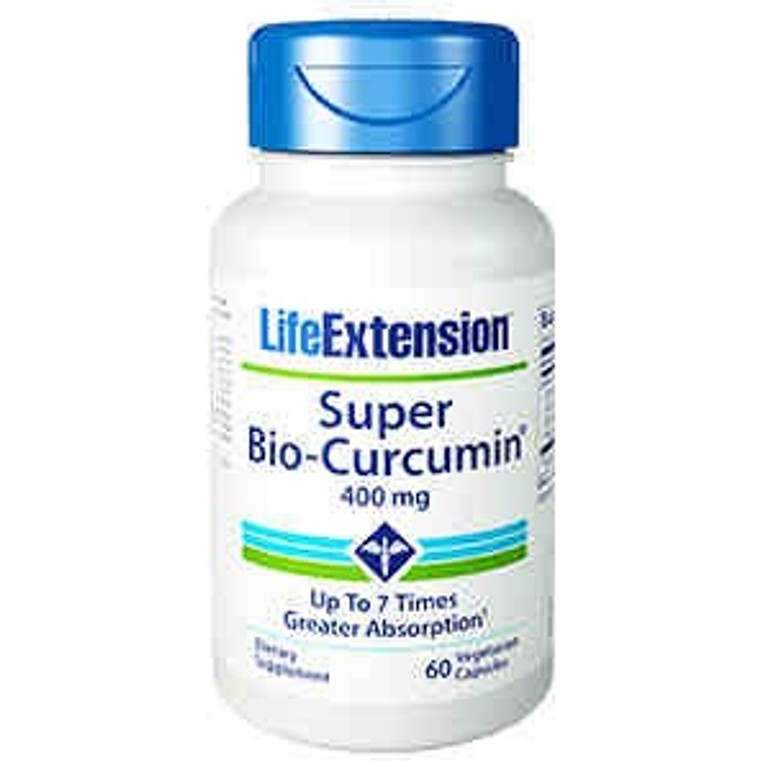 Curcumin is impressing scientists around the world with its remarkable multiple health benefits. Curcumin is a polyphenol present in the spice turmeric and was first used by Indians over 3,000 years ago in traditional Ayurvedic medicine. Modern science has found that curcumin has remarkable antioxidative, immunomodulatory, proapoptotic, hepatoprotective and antiangiogenic properties.127-132 Curcumin is also found to increase detoxifying enzymes and promote healthy DNA function.133-137

Studies have tied inflammation to overexpression of a protein molecule called nuclear factor-kappa B (NF-kappaB). NF-kappaB acts like a switch to turn on genes that produce the body’s inflammatory responses. Because NF-kappaB’s expression increases in aging adults, scientists have sought ways to modulate NF-kappaB and its effects in the body.

Curcumin has been shown to exert powerful inhibitory effects on NF-kappaB activation within the body.138-141Curcumin inhibits overexpression of NF-kappaB. In addition, curcumin inhibits the metabolism of arachidonic acid, as well as activities of cyclooxygenase, lipoxygenase, and cytokines (interleukins and tumor necrosis factor).142-145

The problem is that curcumin is poorly absorbed into the bloodstream. Super Bio-Curcumin®absorbs up to seven times better than conventional curcumin. So this patented formula represents the most cost-effective way to supplement with this critical nutrient. Studies show that one 400 mg capsule a day of this turmeric compound can provide curcumin blood levels equal to ingesting 2,500–2,800 mg of commercial curcumin supplements. And not only does this turmeric formulation provide far greater peak blood levels, but the curcumin remains in the bloodstream almost twice as long as conventional supplements. And this enhanced absorption delivery complex provides other beneficial turmeric compounds in addition to standardized curcumin.

Take one capsule daily with food, or as recommended by a healthcare practitioner. 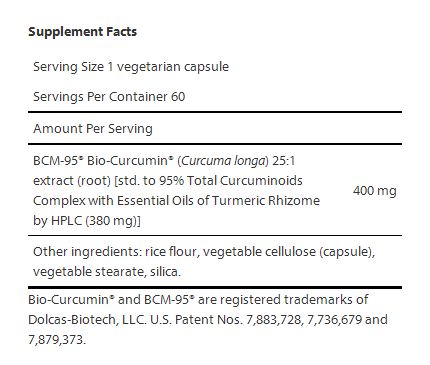